Be the Change for Animals

We're blog hopping for Be the Change for Animals (btc4animals.com) today.  You may have read our previous post about Mountainair Animal Shelter in New Mexico and their desperate need for a proper shelter.  We learned about the shelter when we visited Mountainair in May.  They were able to raise funds for the building shell (yay!) but must rely totally on volunteers to put it up.  In addition, they have run into a few snags with the building plans.  The new shelter will be a public building for the Town of Mountainair so there are more regulations than for a private building.  And that's saying a lot 'cause there's lots of red tape and permits required to build almost anything here in coastal SC - even if it's your own land!

We know that ALL shelters need help and support in every way imaginable - money, food, donations, volunteers.  But, these guys don't even have a proper shelter from the weather.  This shelter's needs just really moved us because some of our own shelters close to home in SC have raised millions for brand new state-of-the-art facilities and the needs of the Mountainair shelter seem so small in comparison. 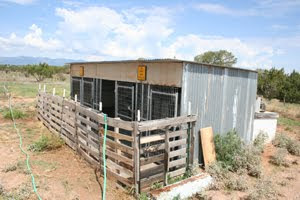 Even with these limited resources, they have done amazing things for Mountainair's stray animals.  Check out their Facebook page here Mountainair Shelter Facebook. 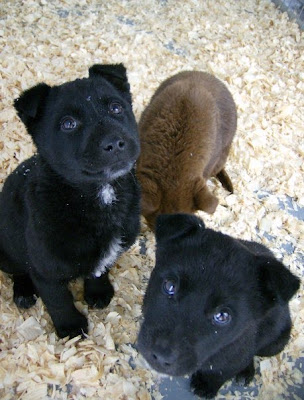 Mountainair may be in desert of New Mexico, but it gets COLD up there in the mountains in the winter.  If you live near Mountainair and have blankets, sheets or towels that you would be willing to donate, they would be most grateful! 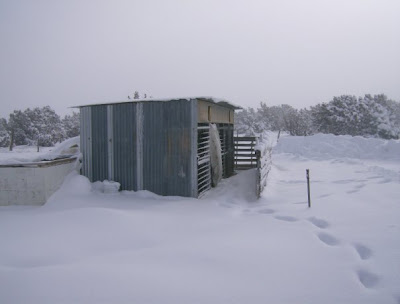 And they would LOVE it if you would vote for the Town of Mountainair (New Mexico) after you click every day to donate food on The Animal Rescue Site.  $100,000 in grants is up for grabs for eligible Petfinder members. So, please vote every every day, or as often as you can.  Voting ends August 22, 2010.

And for those of you who are on TWITTER or FACEBOOK - it would be PAWSOME if you would send this post along to anyone you know!  We've noticed some of you are fabulous at the socializing thing - much better than us.  We can barely keep up with a blog!

If you know any humans who are into accessorizing themselves and supporting a shelter, have 'em check out this shop on Etsy for some cool handcrafted sterling silver jewelry.  She even makes some dog-themed stuff for you dog lovers!  See some examples on our sidebar over there to the right.  She has offered to donate 20% of all her Etsy sales during the month of August to Mountainair's Animal Shelter! PAWS UP! 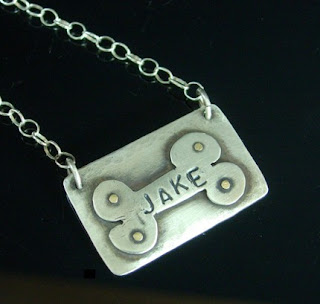 Thanks for your kind support and for being the change for animals! Okay, we're done beggin' for now!

I am a firm believer in helping shelters. I make a monthly pawnation of food to my county shelter.

We just posted your link on Twitter and we'll put it on our Facebook page, too! We wish them much good luck and help!

Thanks for stopping by and being the change! We appreciate every bit of help you can give these guys! So many good and worthy causes being posted today. Gonna be a busy day!

Good points. Will be sure to post your link on Twitter. That shelter is trying to do a good thing with limited funds, and I hope they get the help they need.

Oh my, the pictures of the shelter are heartbreaking. Off to go vote and share now!

Stopping by with Be the Change for Animals. Thank you for all you do to help animals in need. Hope you will be able to visit us too.

Thank you for visiting 24 Paws of Love and bringing awareness to this critical matter of Mountainair shelter and their dire emergency of need. We will be voting. Thank you for making a difference.

Wow they really need help and I really hope they succeed. It's going to be a great day for reading all about the good work that people do, thanks.

hihi road dogs!!
it's super duper nice to meet you, and thanks a ton for stopping by my bloggie!
i'm so glad you shared with all of us about the mountainair animal shelter! me and asa and mama will make sure to vote for them on the animal rescue site!!
so ya'll are from south carolina? me too!!
*woof*
the booker man

Thanks you for visiting The Tiniest Tiger's Conservation Cub Club. I will be voting for Mountainair Shelter. Thank you for making a difference in the lives of animals.

Such a fantastic cause, thank you for sharing!

Such a great cause that you are supporting! I'll put in my vote at the Animal Rescue Site-- thanks for sharing the story!

I'm on it and will send a donation tomorrow! Thanks for letting us know about this shelter!

I remember your first post about the Mountainair Shelter. I'm glad that your humans figures out a way to help through Etsy and The Animal Rescue site. I will definitely have my mom vote and we'll spread the word.

Everyone! It touches our hearts in ways you can't imagine that so many people are so generous with their time and resources - you all are the greatest and are making such a difference the lives of so many!
Sincerely,
The Road Dogs

Survival is so difficult for small shelters. They don't have endowments, development staff, or media support. They scrape by on a day to day basis with the generosity of donors and plenty of volunteers help!

This is a great Blog the Change cause. The Animal Rescue Site is now in my bookmarks bar so everyday I can click away. Thank you so much.

We were late but we finally got our post up on
http://dogs-n-more.blogspot.com

There's so much going on lately that we just forgot about the date.

We at BtC4animals just cast our vote for Mountainair. Your pictures speak volumes, not only of the help Mountainair needs, but of the commitment they have made on a shoe-string budget.

Thank you for taking part in Blog the Change!
Kim (and Amy by proxy)